The sun was high, the sky was unobstructed by clouds and my head was throbbing like a college student’s after a night of “mastering the keg stand.” Still, I couldn’t help but get up from the couch and cautiously place one foot in front of the other until I was in the kitchen. No, I wasn’t looking for breakfast foods to help battle my hangover. I was looking for another bottle of wine. My iPhone surprisingly had some battery juice left and flashed a few calls and a voicemail from you on my home screen. How drunk was I that I didn’t even answer my phone when I was waiting for you to at least call?

It really doesn’t matter, does it? You still have a key, we had plans to meet and you never showed.

When I got home from work yesterday evening, I showered the day off of my body and moisturized using that expensive lotion from Malin+Goetz that I would ration yet you would use so generously. Before putting on a white tee and some Frame jeans, I spritzed my body with that Tom Ford cologne that I hate but know you love. I know none of this surface shit is of any importance but I just thought that if I smelled like a happy memory, it could help me win you back.

Remember the first time we went to Paris together and you took me to Colette? We passed all of those racks full of legends like Alaïa. Magdalena Frąckowiak was there, Stephen Gan was there, Kanye West was there. When Sean O’Pry came up to tell you it’s “been too long” since you guys caught up, I had to hold my breath to keep from screaming with excitement.

“Oddly enough, that was the calmest I have ever seen you,” you said that night over dinner. I glared at you but then smiled as you took my hand and gave it a squeeze.

Two questions for you: how did I get so lucky and how did I fuck it up so badly? 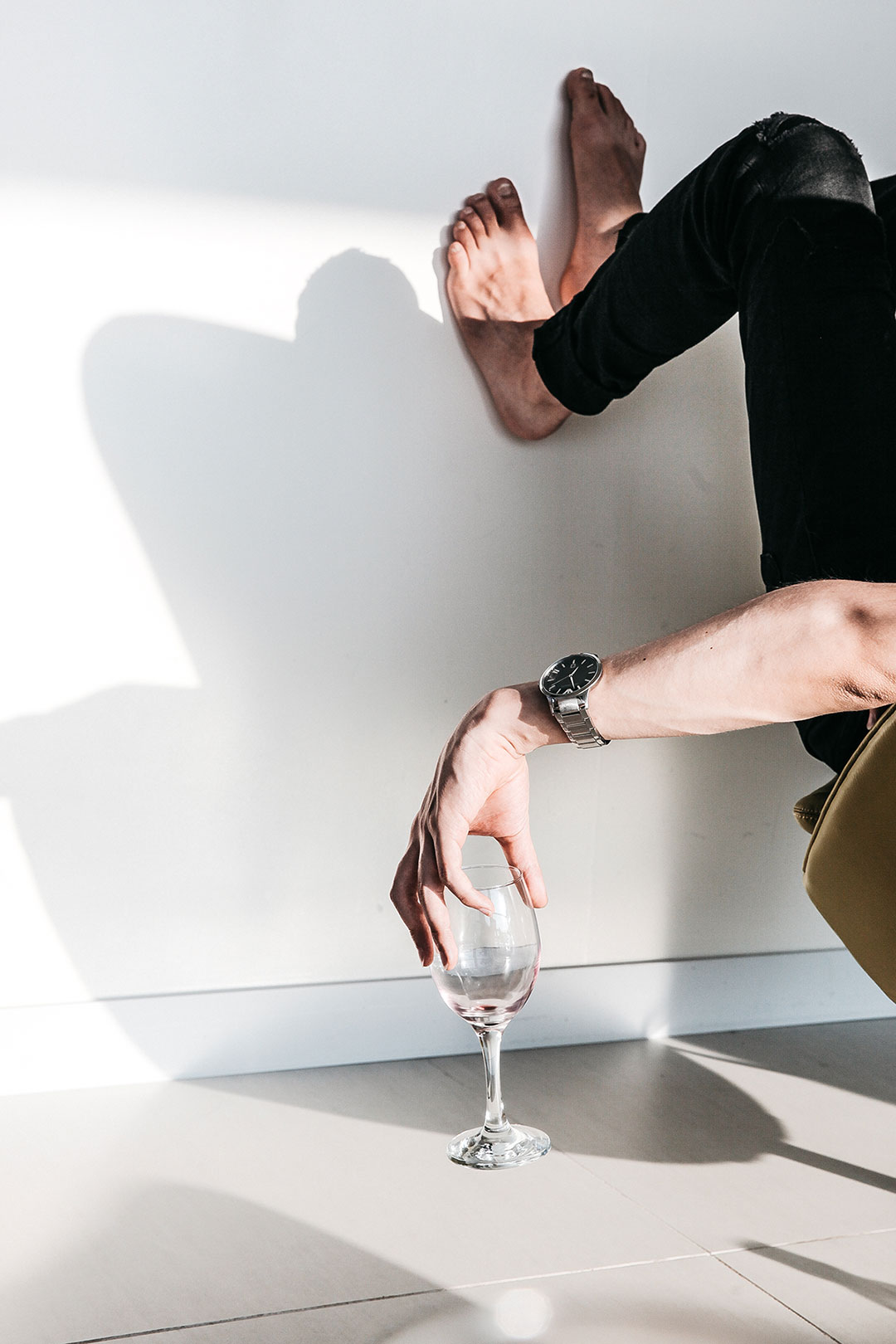 When we got back from Paris, I felt different. As much as I wanted to, I didn’t feel closer to you. It was almost like the man I loved, the man I moved in with, the one I wanted to get all gray and wrinkled with was still in Paris and now I was left on my own to figure out how to deal with…you, this man who didn’t really play by the rules that I tried to follow. You were in a different league and I felt like a fraud even standing next to you.

It’s not your fault. None of this was your fault. My own insecurities got in the way of our relationship and that’s all on me. I own up to it but you have to admit that the differences that initially brought us together were also pushing us apart. I grew up in Small Town USA with parents who had provincial jobs while you grew up traveling the world with a mother who was a highly sought after fashion model. All of this fashion shit was your world. You loved it and so it became the love I dreamed of.

Over time, it became too much and I started to crack. I’d get angry at myself when you’d correct my pronunciation of some famous photographer’s name or how you’d have to remind me that I had actually met this popular nail technician more than once. I was angry with myself when I was giving that fat, sloppy model agent a blowjob in the bathrooms of that West Hollywood nightclub while you waited for me at the bar. I rinsed my mouth out with hot water at the sinks trying to erase his taste. I splashed cold water on my face and smacked myself gently on the cheeks to snap back into focus.

My anger turned to fear when I got back to the group and heard the fat, sloppy model agent flippantly talking about what great head I give. I thought I died when I saw the light vanish from your eyes when you realized he wasn’t just joking around. My stomach twisted into a thousand knots when you brusquely pushed past the group, past me and outside of the club. Was it wrong of me to think that he would be discreet and not flap his lips like a little school boy who just been kissed for the first time?

So, we went home in silence and you packed a bag so you could stay with a friend. You told me you needed time away to think. You said we’d talk about it but you just needed time and I tearfully told you how I understood. I didn’t try to beg for your forgiveness just then because I knew it would only make things worse. I knew an overt display of sorrow would anger you so I try to remain composed. When you text me that we needed to talk, I knew I would have one shot to make things better (insert the Malin + Goetz moisturizer and Tom Ford cologne). However, the minutes turned into hours and before I knew it, I was struggling to keep my eyes open during the last episode of The OA. Beer has been swapped out for wine and I was moments from passing out by the time I got to the bottom of the bottle.

Waking up this morning and realizing you hadn’t come home last night was my motivation to find more wine. I knew it was a bad idea but you hadn’t come home and that wasn’t a good sign. Luckily, there was one bottle of white wine tucked deep into the refrigerator which I absently inspected for a few moments.

After pouring a fresh, crisp glass, I unlocked my phone, braced myself and went to play your voicemail. With your message on repeat, I eventually finished the bottle of white and plopped down into a chair to continue playing the waiting game.