Fact: BETSY is one of the most fascinating voices to emerge on the music scene in the last five years. Before releasing her self-titled album this past September, the British babe from Pembrokeshire, began her career in the fashion industry, was photographed by Inez & Vinoodh for V Magazine and made sweet music with Hot Chip’s Jeff Goddard. Yes, BETSY is comfortably seated on a shooting star.

It’s easy to see why the fashion crowd, which she left behind in favor of music, would be drawn to her. The statuesque beauty is a cross between Grace Jones and Gwen Stefani (she thought this comparison was “utterly fabulous.”). There’s immaculate bone structure (all Grace) and milky skin that is made for a bold red lip (all Gwen). When all is said and done, BETSY perfectly embodies the Helmut Newton woman with her strong, larger-than-life persona. It comes as no surprise that she cites the iconic photographer as an inspiration when creating visuals for her work.

“It’s important to me that my artwork shows me in a strong light. Although in my music, I bear my soul, I don’t see myself as weak and downtrodden,” she tells me.

Okay, she’s gorgeous! What about the music? The eleven tracks on BETSY sit on opposite ends of the emotional spectrum. Songs like “Fair” make your heart hurt as you think about failed relationships. Songs like “Heavy Head” takes you to the 90s and drops you in the center of a sweaty, vibrant club scene at the end of an episode of Queer As Folk. Her confident, husky voice is tinged with familiarity. First, you’ll hear Annie Lennox and then Cher will creep in. In time, both of those aforementioned legends disappear and all you can focus on is BETSY. The album is

Her look. Her sound. It all works so well that you have to wonder if she weren’t actually conceived in a laboratory where their main focus is on creating perfect popstars. That’s why I needed to talk with her. Was she real? Who is she? What scares her the most (answer: death), what does freedom mean to her (answer: dancing naked with her best friends to old Motown hits) and what’s the greatest life lesson she’s learned thus far?

“Nothing really matters and no one really gives two shits about you,” she says. “Everyone’s too concerned with themselves so don’t worry.”

FYI: the rest of my enlightening interview with BETSY comes after this incredible picture of her doing a deadlift (we talk about that, too). 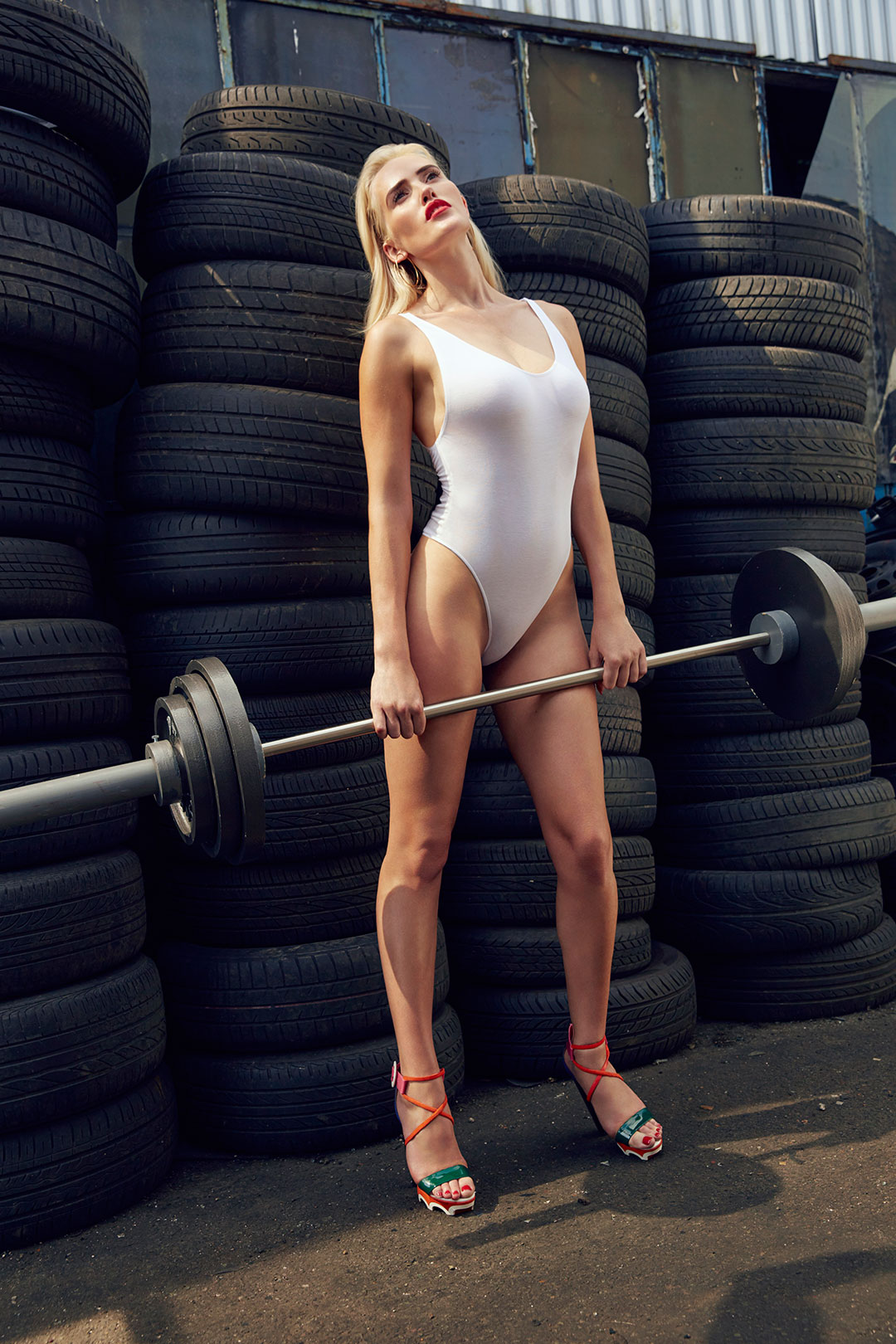 Who would you say have been some of your biggest musical influences?

That’s a tough one! I think I have to say Jeff Buckley. He was a massive influence on me as a teenager, taught me drama and sensitivity. Tina Turner and Shirley Bassey, two women who sing and perform like their souls are on fire. Annie Lennox and Grace Jones, for making massive Pop tunes combined with iconic imagery.

What came first for you: writing songs or wanting to perform?

Wanting to perform. I remember being mesmerized by my father and uncle singing with their guitars around campfires. Writing came later when a friend at school wanted to make a CD.

What’s the best thing about songwriting?

It’s magic, just like I thought when I was little! It comes from nowhere. You don’t need tools or glue to make it. It is made from memories and feelings.

It’s like therapy. Most of the time, I don’t know what’s going to come out of my mouth but as soon as a phrase comes I’m like “Oooh, yeah. That’s what I’m writing about.” Once I have the melody and the story down, I set about doing synth, string hooks, vocal hooks, drums, etc.

What’s the most difficult thing about writing songs about your own life? Do you ever feel required to alert the people who may have inspired your lyrics that you’ve written a song about them?

I find it hard sometimes because often my songs, as they write themselves, point out the flaws in a relationship or situation that I hadn’t consciously acknowledged. It forces me to deal with what’s happening! [I] suppose that’s a good thing really. I don’t really want people to know when I’ve written about them because my songs are a bit like an argument. Sometimes in the heat of the moment, you go too far. 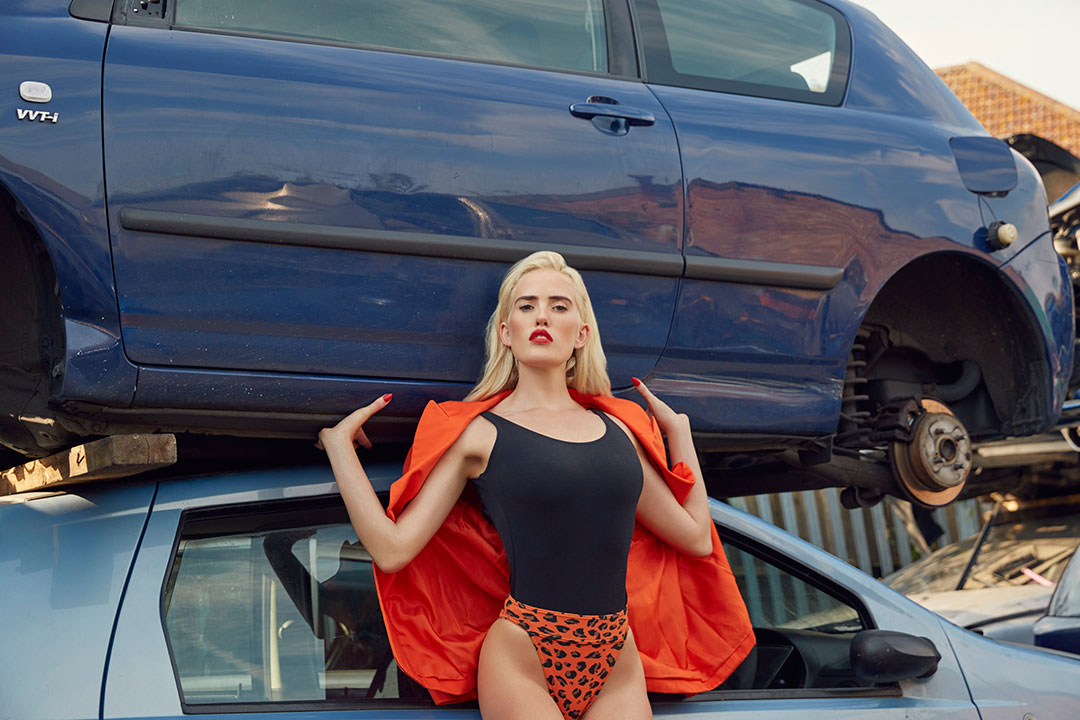 I don’t really want people to know when I’ve written about them because my songs are a bit like an argument. Sometimes in the heat of the moment, you go too far.

It takes guts to share such personal stories. Were you ever nervous to release this body of work?

Bloody hell yeah! Definitely nervous. Not so much because it is made up of such personal stories but more that no one would like it! But I’ve had such an amazing reaction. Of course, it won’t be for everyone but my fans are happy.

Have you ever recorded a song, listened back to it and said: “Well, that’s a bit shit, isn’t it?”

Oh, loads of times! In fact, even the good ones! I’m never sure. That’s definitely part of the writing process, though. Sometimes you have phases where you have to write a whole load of mediocre rubbish to get a diamond.

How do you deal with self-doubts?

I tell it to shut up and bugger off unless it has something better to say.

After the 2016 presidential election, I declared “Lost & Found” America’s theme song for the next four years. What was the inspiration behind this song?

Oh, my God, I feel you. I sort of don’t want to tell you in case it spoils the song for you! I like it that people give songs their own meanings.

It’s actually about an ex who kept turning up out of the blue and making dates with me and then standing me up. This would happen for years. It was super weird. I didn’t ever want to be with him again but he was my first love. You can’t help but let it affect you, hence [the lyrics] “my skin still crawls.”

“Nothing really matters and no one really gives two shits about you. Everyone’s too concerned with themselves so don’t worry.”

On the BETSY album cover, you’re just, ya know, casually doing a deadlift with what looks like hundreds of pounds. Please elaborate on this.

That’s how I roll. Every morning I sling on my Louboutin heels and I head to the park with the dogs to lift a couple of weights. It’s actually a fake weight. I’m not a superhero alas.